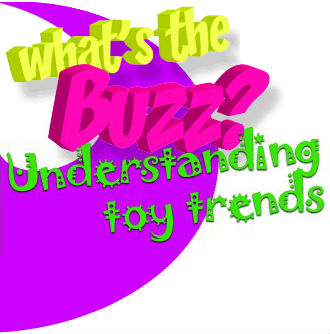 When your child pesters you yet again for a certain brand of trainers or comes home in tears because they're the only child in the group without the latest action figure doll, you pull your hair out and rage at the apparently endless stream of trends and fads which seem to define your child's lifestyle.

Does that sound familiar? Many parents worry about the degree of importance that children attach to something that may only be in fashion for a few months. Trends and fashions in youth culture are not a new phenomenon. The attachment by the young to a certain style of music or dress is often what defines that generation, be it the Mods and Rockers of the 1960s, the Punk era of the 1980s or Grunge in the early 1990s.

The difference today is that the increase in the availability of consumer goods and the widespread use of the media to promote these goods has made us far more aware of these fads. The pressure to adopt a certain lifestyle or possess a specific product starts at a younger age than ever before.

Why is this? The urge to be liked, to belong to a desirable group of age-mates, is present in most of us whatever our age but it is particularly strong in the young who are, as yet, too inexperienced to strike out on their own, be judged on their own accomplishments and risk alienation from the crowd. They seek "safe" ways of being accepted. Imitating popular kids - their dress, playthings, musical tastes, etc. - is one way to belong.

Where do these fads come from? Many people believe that advertising is the root of all fads but this has not been proved to be the case. The popularity of POGs, Mighty Morphin Power Rangers, Tamagotchis, Cabbage Patch Dolls and Teenage Mutant Hero Turtles, for example, was established long before any promotional advertising appeared of these products. Advertisers may later capitalize on youth fads but they are not necessarily responsible for creating them.

Who is then? Youngsters create these fads amongst themselves. Children look up to older and more popular children of the same sex. They search for clues on how to be liked, or at least accepted. If a popular boy or girl wears a particular brand of clothing, sports a particular hairstyle, or plays with a certain game or toy, this can be the start of a local, sometimes a national, fad.

Peer pressure is an extremely strong force which begins once a child starts to mix with other children. The more time youngsters spend away from home and are with other children, the more they experience peer pressure. Today's children have a greater awareness of new products than previous generations because they socialize with other children at a much earlier age in pre-schools and crêches and they are exposed to a great deal of television.

What to Do When the Pressure is On?

Conformity is not necessarily a bad thing; we all conform to some degree, but mindless over-conformity can be dangerous. What can you do to protect your child from being overly influenced by other children?

Allow them to participate in decisions that affect them. Begin with relatively unimportant decisions and, as they mature, give them increased responsibility such as choosing their own books, clothes and toys. Ask them to think about their choices carefully and to weigh the advantages and disadvantages of the alternatives. Teach, encourage and reward your children for thinking for themselves.

If you're still in the firing line and under pressure to buy the latest toy, remember that nobody, not even your child, is forcing you to open your purse. If you choose not to buy a certain item, be firm and consistent in the reasons you give. A clear explanation will be received far more positively than a simple "no" and it is important to be sensitive to the peer group pressure that may have provoked the demand.

Finally, it is easy to be dismissive of a fad because it is by nature short-lived. It is, however, important to look beyond the branding to the product itself; a pair of designer sneakers still protect your child's feet, a branded toy doesn't suddenly lose its play value because it is the latest craze. The fact that the sneakers and the game have a special name or character may actually encourage your child to run more, play more and feel more comfortable and confident within their group of friends.

The next time the pressure is on think back to your own childhood, the clothes you wore and the toys you coveted. It may just ring a few bells. 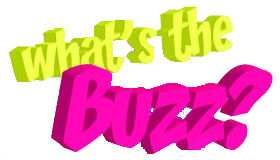